How to Use the Chris21 Menu Designer

Create a menu with the Chris21 menu designer

There will be times when you will need to create a new menu using the Chris21 menu designer. The system does have what are called ‘Master’ menus that you can use, however you can’t make any changes to these. So it’s best not to use them.

The first thing to note is that there are two ways to create a new menu role. The first is to create the role from an existing role using a template. The second is to create one manually.

So how do you know which method to use?

You will use a template if the new role will be similar to an existing role. This will copy all of the menus from the existing role and therefore save you from having to start from scratch.

The only time you might prefer to create a menu role manually is if none of the existing roles in the system are similar to what you want. A good example of this would be a HR21 menu.

I’ll explain how to create menus using the Chris21 menu designer – you might be surprised how easy this is! Since the template method is the most common one, I will focus on that in this post.

Before you copy a template you first have to create a new menu role to copy it to. Begin by creating a name for your new menu role. Open the Menu Designer and enter a code for the new role (maximum of 8 characters) in the Role field.  Press the tab key on your keyboard. The Code Not Found dialog box is displayed. Type the name of the new role in the Description field. Select Yes to save the new role: 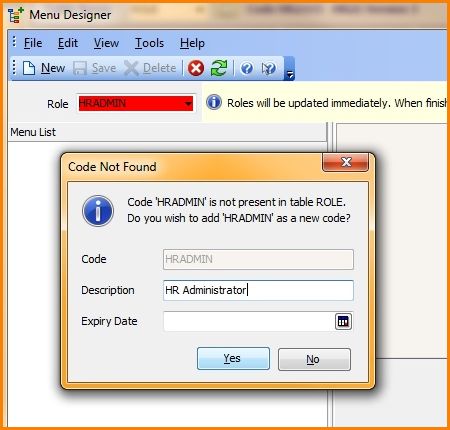 Populate the new menu role from a template

To copy the menu items from a template to your new menu role, from within the Menu Designer click the Templates button. Select the menu you want to copy from the Template list. In this example select the Human Resources Menu (HR): 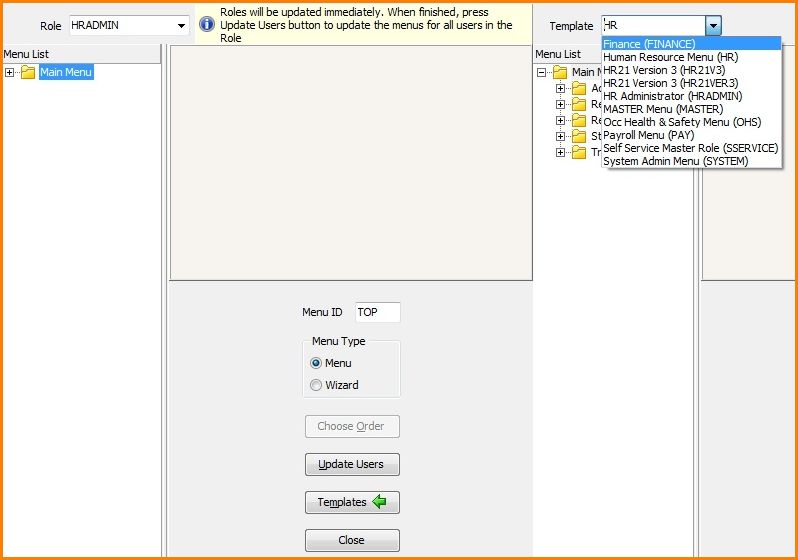 The HRADMIN Role is now identical to the HR Role. You now need to delete the menu items and forms that are not required in the HRADMIN Role. 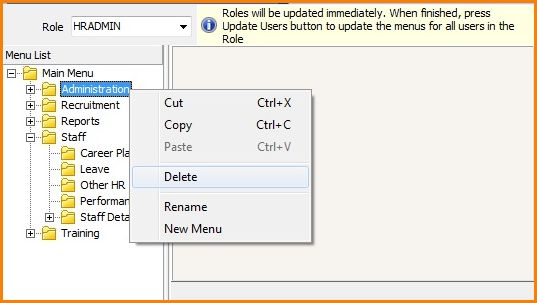 You can also delete individual forms from within a menu. As shown in the image below, select the Leave menu. The Form Set will show all the forms currently attached to this menu. Select the Update Leave form tab and then right click and select Delete from the pop up menu. Do the same to delete any other forms you don’t want in your menu. 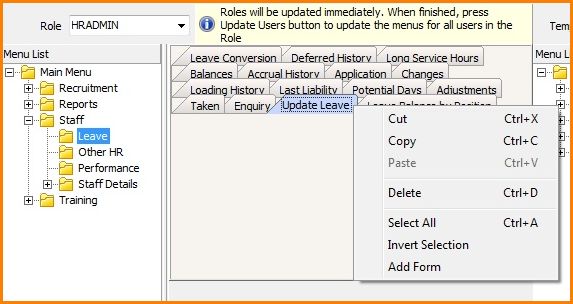 The new role HRADMIN has now been created. Close the Menu Designer.

Assign the new menu to users

A menu is assigned to a user via the User Access (USR) form in Chris21. Multiple users can be assigned the same menu. Follow these steps to assign a menu to a user.

Login to Chris21 and navigate to the USR form. Lookup the user record or create a new security record if one does not exist for this user. From the Menu Role field select the menu role you want to use: 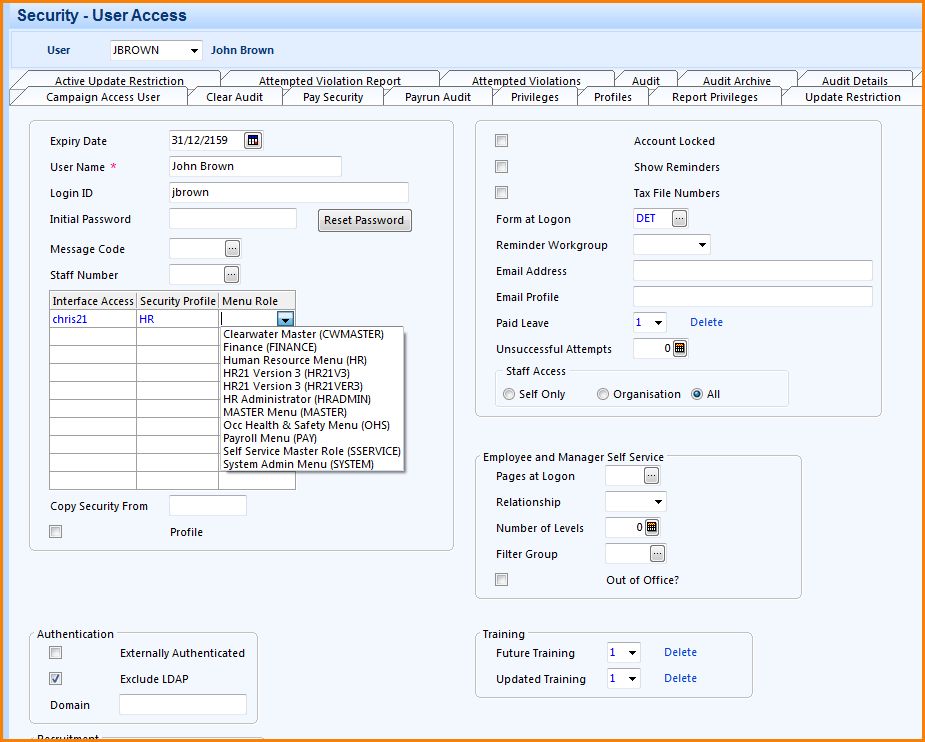 Save the record. This user’s menu in Chris21 now looks like this:

One final note to remember. Access to forms in Chris21 is controlled by the Privileges (ATT) form. Even though a user has access to a menu containing various forms, a form will not appear in the user’s menu when logged into Chris21 or HR21 if that user does not have security access to the form via ATT.

If you’re new to the Chris21 menu designer and would like to become a more proficient user, work through this tutorial. You will quickly improve your skills in this area. If you need any further help just leave a comment and ask a question.